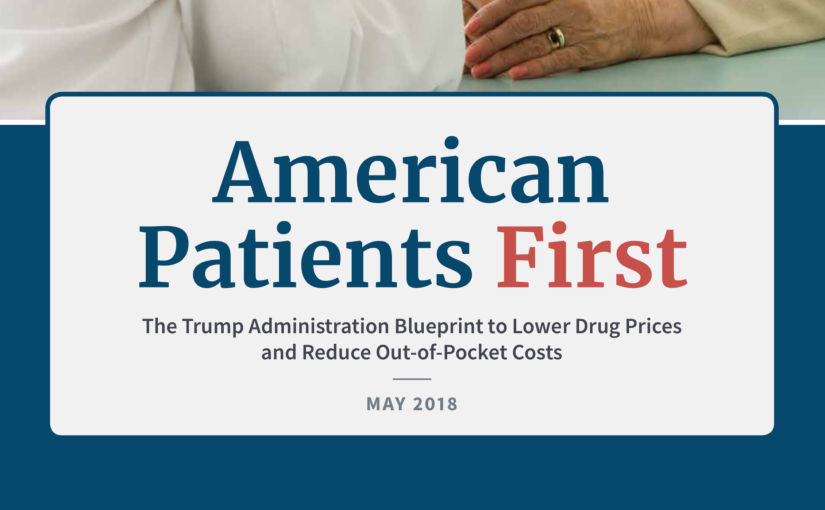 On May 11th 2018, the Trump Administration released an outline of their plan to address rising pharmaceutical prices in the U.S. The plan intends to increase competition, improve negotiations, change incentives, and decrease out-of-pocket costs. However, it has been criticized as being too moderate and ignores issues that experts have identified as key problems in the healthcare market.

Dr. Jonathan H. Watanabe, an alumnus of The CHOICE Institute and associate professor at UC San Diego Skaggs School of Pharmacy and Pharmaceutical Sciences, was recently interviewed by Mari Payton of NBC7 in San Diego, CA about the Trump Administration proposed plans. Dr. Watanabe stated that the U.S. can’t sustain the current prices on healthcare and argued that we need to have the ability to negotiate more reasonable prices from the pharmaceutical industry. Currently, Medicare does not have the power to negotiate lower prices with drug makers like other countries and private healthcare plans do.

Thus, the absence of Medicare’s ability to negotiate for lower prices highlights an important limitation of the agency. Other federal agencies such as the Department of Veterans Affairs are able to directly negotiate for lower drug prices; however, Medicare is unable to do so. The Trump Administration’s plan doesn’t address price control or allow Medicare to leverage their market power to negotiate prices directly with pharmaceutical manufacturers, a key problem in today’s healthcare industry. Instead, the plan intends to reform Medicare Part D to allow the plan sponsors, instead of Medicare, to negotiate lower priceswith drug makers.

Of concern is the dangerous pattern of increased federal spending with increased out-of-pocket costs for pharmaceuticals. As patients are burdened with higher drug costs, they are less likely to adhere to their medications, which can result in poor outcomes. According to Dr Watanabe:

“What we’re seeing with the medications that Medicare spends the most on is a troubling pattern of higher federal spend in constant dollars coupled with increased out-of-pocket spend by patients. Yet, fewer patients receiving the high-spend medications, because these drugs are often for less common conditions.”

Dr. Watanabe was on the committee of the National Academies of Sciences, Engineering, and Medicine that drafted the report Making Medicines Affordable: A National Imperative. One of the committee’s key recommendations to address the high cost of pharmaceuticals is that government agencies (e.g., Medicare) should be allowed to use their market power and negotiate lower drug prices. Other recommendations include reducing incentives to use costly pharmaceuticals, eliminating direct-to-consumer advertising, reforming health insurance plan structure, and re-evaluating discount programs (e.g., 340B) to ensure that participating facilities are meeting the program’s goal of helping vulnerable patients. Although the Trump Administration’s plan reflected some of the proposals from the National Academies document, they fall short of being firm resolutions. Dr. Watanabe stated that:

“The key elements required are transparencyand informed public dialogue.  If we could shed light on the actual flow of the dollars and the practices used that absorb spending, then rational approaches can be taken to help patients better get the care they deserve and society to devise a sustainable system for delivering care by medications. It’s too hard to measure in the dark.”

Despite the criticisms, the Trump Administration’s announcement indicates that the nation is finally beginning to address the problem of unchecked increases in drug costs. The challenge will be to implement effective policies that continue to encourage innovation while addressing rising costs in a timely manner. However, Secretary of Health and Human Services, Alex M. Azar, cautioned that any dramatic change would take months if not years to implement.

As drug prices continue to increase, U.S. citizens have to continue shouldering the economic burden of an inefficient health care market. Health care policy makers agree that this is not sustainable, and that wide-scale reform is needed.Additionally, more nonpartisan discussion is needed to develop health care reforms that benefit the vast majority of U.S. citizens. Whether the Trump Administration’s plan is going to make an impact remains to be seen.